Everything is ready at Loro Parque to welcome Morgan’s calf 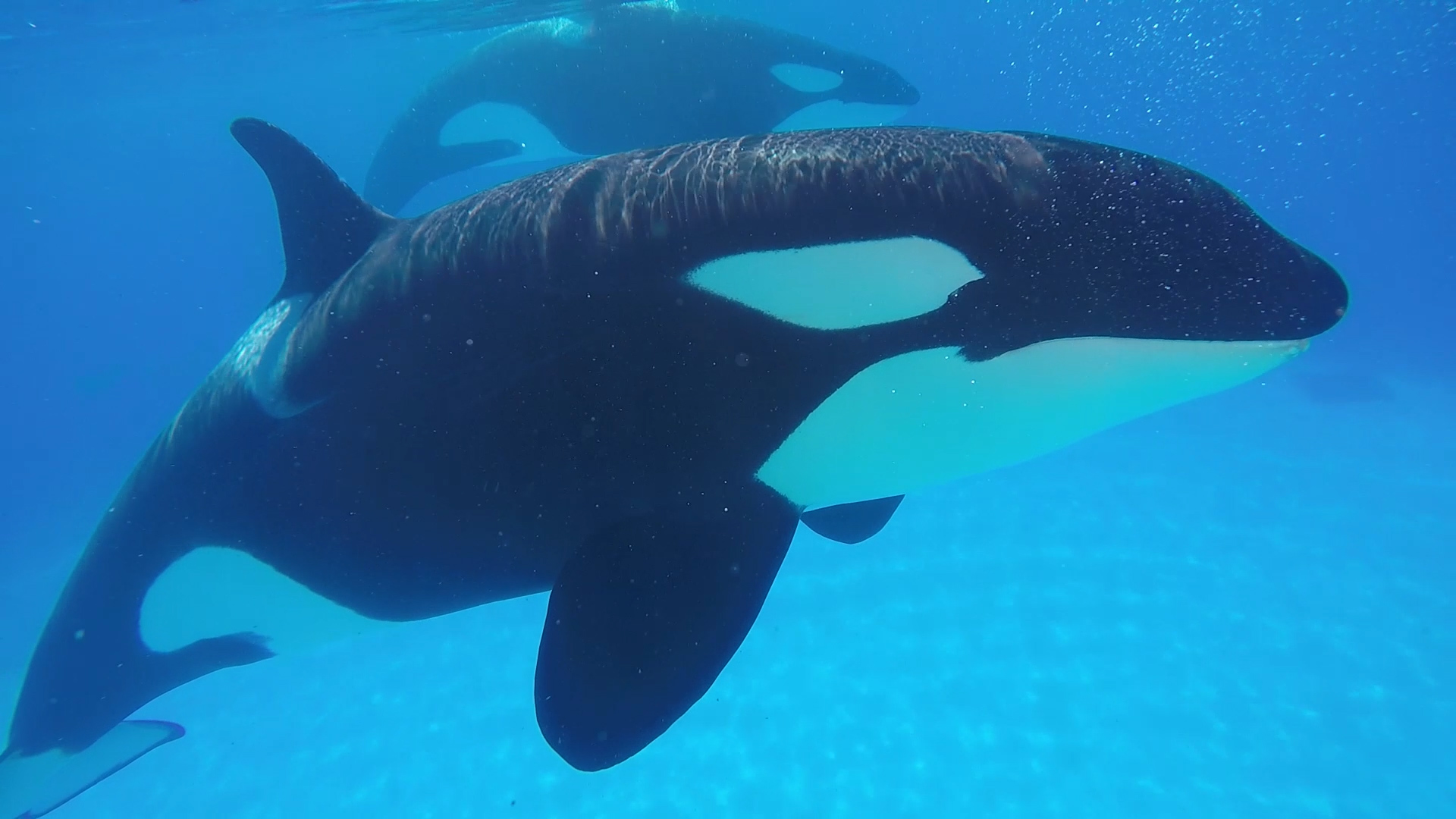 Loro Parque, the best zoo in the world according to TripAdvisor, already has everything ready to receive Morgan’s calf, which is expected to arrive by the end of summer.  Both the Parque’s veterinarians and the external consultants, who monitor Morgan’s pregnancy closely, have been working to ensure that all aspects are under control to deal with any situation that may arise at the time of birth.

Dr. Geraldine Lacave, a Belgian veterinary & specialist in marine mammal, who has been a consultant to Loro Parque for over 10 years, explained how thorough the checks on Morgan’s pregnancy are carried out, thanks to an ultrasound scanner that examines her almost daily and controls that everything is going perfectly, both with Morgan and with the foetus.

The aim now, is to determine as precisely as possible the date of birth as, although some indicators are known, there is generally little experience with the birth of these animals.  To this end, they regularly monitor Morgan’s body temperature, because it is known to drop by one degree about 24 hours before the calf is born; they measure the circumference of different parts of her body, because it’s expected to grow considerably a few weeks prior to birth; they update a behavioural record in which they monitor her swimming style, her relationship with other animals, etc., and calculate the distance between the two breast folds, which will be greater in the days leading up to calving, among other indicators.

Dr. Jorge Soares, Veterinary Director of Loro Parque, has pointed out that Morgan’s history throws some uncertainty over the immediate moments of childbirth, because it could have an impact on her behaviour as a first time Mum, and it’s not known how she and the rest of the group will react.  That is precisely why there is a whole team of experts who work daily to be prepared for any circumstance.

In this regard, Dr. Lacave explains that an action protocol has been prepared in the event that there is a difficult birth.  Although what is most likely, she says, is that “The baby will be born, rise to the surface, breathe, and then go swimming peacefully off with its mother” it would also be within the bounds of normality for Morgan or the baby to need some help.  In which case, all personnel are prepared to act.

In addition, as soon as the estimated date of birth approaches, a round the clock guard will be activated augmenting the usual 24-hour security surveillance on the premises.  Thus, a team of people will continuously observe Morgan’s behaviour, breathing rate, activity, etc.  “The trainers live with these animals every day, they know them very well and they are likely to detect their behavioural changes more accurately than any scientific indication,” says Lacave.  This watch will be extended once the calf is born at least for a while, to check that everything is going well.  Loro Parque is finalising the development of a tablet application that will allow them to record, analyse and share in real time all the data collected in the observations (respiratory rate, lactation, behaviour, etc.) with the veterinary staff and external consultants.

Both Soares and Lacave explain that, in cetaceans, babies’ immune systems are very weak, since, for a short period of time – about a month, they receive immunity through colostrum and breast milk – known as passive immunity, and then begin to form their own immunity little by little until they reach adulthood about a year later.  Hence the sensitivity of this first phase, in which any injury or infection could pose many risks.  However, these are inferences made from the study of dolphins, of which much more is known, because not many people have handled such a young baby orca.

Therefore, this is a great opportunity to learn more about orca calves and breeding, which will help populations in the wild.  Given that the current population of killer whales in the Western Pacific area is believed to have been sterile for some years now due to the concentration of chemical contaminants in the water, all the knowledge that a case such as Morgan’s can provide will be of enormous value.

In Loro Parque, where the news of this orca’s pregnancy at the end of last year was a source of great joy, everyone is looking forward to the arrival of the calf.  “We hope that in September we will have a new super-healthy orca and a super-happy Mum in Morgan” says Soares.