Loro Parque, Best Zoo in the World According to TripAdvisor 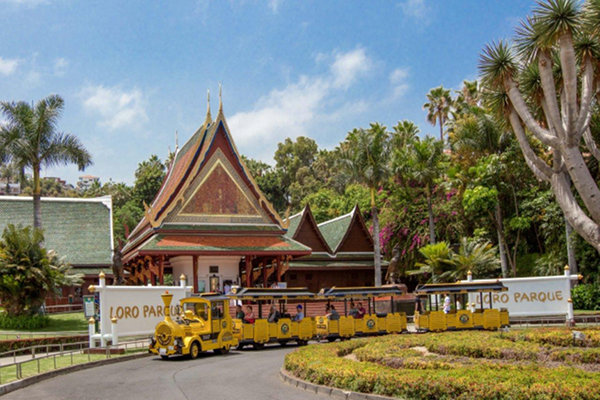 A prestigious travel portal TripAdvisor has recognized Loro Parque through their annual Travellers’ Choice 2017 as the BEST ZOOLOGICAL PARK IN THE WORLD, an award that is based on the independent evaluations of the users of this worldwide platform.

This award is yet another acknowledgement of Loro Parque’s efforts in the matters of conservation of biodiversity and raising awareness about the protection of the natural habitats of the wildlife on the planet. Having been chosen as the Number 1 Zoo in the World, it is a true recognition to Loro Parque for its commitment to animal welfare and joins the series of several other recent certifications received by the park. Thus, earlier this year Loro Parque received a HumaneCertified certificate from the renowned animal welfare organization American Humane that was conceded to Loro Parque for its humane treatment of the animals, converting it into the first zoo in Europe to have obtained this standard, with the highest rating. Furthermore, Loro Parque confirmed its full compliance with the Global Welfare Standards of the Association of British Travel Agents (ABTA) after being inspected by the auditors of Global Spirit and obtaining the highest possible rating of 100%. Among the members of ABTA are present the leaders of the tourism industry, such as Thomas Cook or TUI UK.

Loro Parque’s recognition by the users of Trip Advisor as the best in the world in animal welfare, considering the role of a modern zoo in the society, could not be fully grasped without the knowledge about its research and conservation program carried out since 1994 through the Loro Parque Fundación. Thanks to the support of Loro Parque, its partners, visitors, friends and collaborators, more than 17 million dollars have been directly invested for the development of conservation programs both in situ and ex situ, following the commitment ‘100% for Nature’. 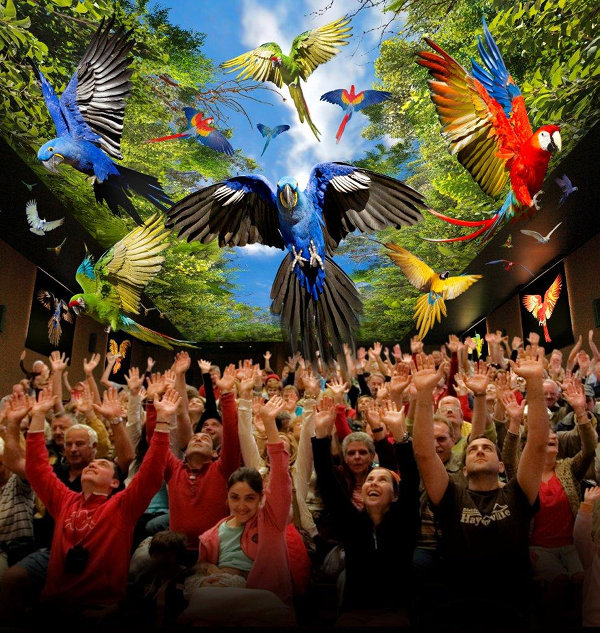 Among many significant successes, including important achievements in the marine environment, Loro Parque Fundación’s work has made possible the salvation of nine species of parrots from their imminent extinction. This is the case, to give some examples, of the Blue-throated macaw, original of Beni, Bolivia, whose population has increased from 50 to 350 individuals with the project. Another good example that occurred in the same timeline is the evolution of Lear’s Macaw, whose population has increased from 22 to over 1.200 individuals, as well as the Yellow-eared parrot from Colombia, whose numbers have increased to over 4.000 individuals in present days, thanks to the efforts of the project to save the palm tree habituated by these parrots. In 1999, before Loro Parque Fundación started this project, there were only 82 individuals of this species left in the wild.

The results of the coordinated efforts between Loro Parque and Loro Parque Fundación, in their continuous commitment to innovation, are very clearly represented in the newest project KAZA, which is aimed at protecting the cross-border areas of five African countries. The goal is to ensure the conservation of the African lion, a highly endangered species whose numbers have decreased in the last 50 years from 100.000 to less than 25.000 (over 75%). Most recent arrival of three Angola lions to Loro Parque’s Lion’s Kingdom allows them to perform an important role as the ambassadors of their species and help raising awareness about the urgent need to protect the natural habitats, as well as to give the scientists an opportunity to learn and gather more information about their features and needs.

Almost 45 years after Loro Parque first opened its doors, with just 13.000 square metres and 30 employees; the company now obtains the successful results of its entrepreneurial policy that consists in reinvesting all profits into the continuous development and improvement of the park and ensuring the best animal welfare. More than 47 million visitors have visited Loro Parque in all these years, as it stays true to its firm commitment to demonstrate the beauty of the biodiversity in all its installations, paying attention to every detail, nowadays over the area of 135.000 square metres.

Taking into consideration that every year more than 700 millon people visit zoological parks worldwide, Trip Advisor’s recognition demonstrates, once again, that Loro Parque offers an unforgettable experience to its visitors who come from different parts of the world to discover for themselves this authentic Animal Embassy.
This Award comes as a reinforcement to the most recent recognition of Siam Park, which was created following the same entrepreneurial policy for continual development, innovation and excellence, as the Best Water Park in the world for the fourth consecutive year.