When Whales Get Sick, Activists Show Their True Colors

When Whales Get Sick, Activists Show Their True Colors 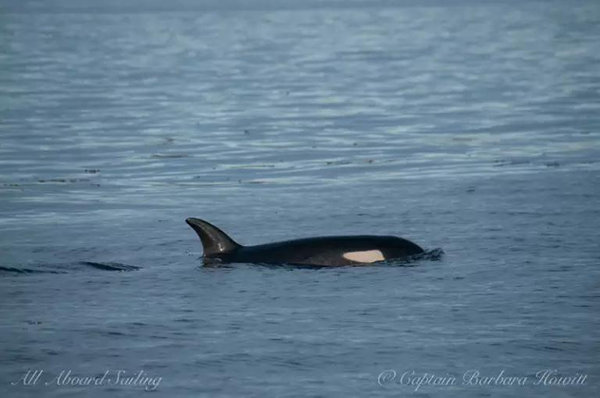 Earlier last month, I wrote about how the Southern Resident orca population off the coast of Washington state had been placed on the international spotlight when an adult female known as Tahlequah, also known as J35, spent seventeen days carrying around her calf, who died shortly after birth. Around the same time, her cousin, J50, also known as Scarlet, began to battle malnutrition as a result of not being able to feed on Chinook salmon, the primary food source of this endangered orca population. After several attempts to feed her live fish and darting her with medications as a way to treat a possible infection, the US National Marine Fisheries Service has now suggested a plan that might be the only thing that could save her life-capturing Scarlet by locating her to a sea pen where she would be rehabilitated until she is healthy enough to rejoin her pod. Sounds like a simple idea to a complicated issue right? While it seems so ideal, there is one group of people who are in the way of this: the animal rights movement.

Activists claim that any kind of intervention that is aimed at saving Scarlet’s life would result in her having to be separated from her family and it would only serve as a reminder of orca captures that took place off the Washington coast during the 60s and 70s. Some activists even want nature to “take its course” on the four-year-old orca, but here is the thing though: Although the rescue attempt would have to require Scarlet to be separated, it would only be a temperate one since this rescue would involve the animal being rehabilitated for a period of time in hopes of being returned to her family. However, any chance that Scarlet would be taken into human care for rehabilitation under government orders would be very unlikely because of the undying hatred that these extremists have for any zoo or aquarium that houses marine mammals. In fact, these extremists and the groups that they are often associated with, have a very unrealistic and romantic view of what life is like for killer whales and other marine mammals out in their natural habitat. This view is not only dangerous to the welfare of the animal in question but also to the general public, who might cave into such views, which in the end can overshadow the fact that this orca population is threatened by loss of food source and the effects of pollution.

The specialists that the US National Marine Fisheries has employed to address Scarlet’s case are trying everything they can to find a solution that is aimed at saving her life. Yet, they are constantly being given “advice” by those who do not know anything about marine veterinary medicine or wildlife rehabilitation. Those who work for zoos and aquariums are also trying to help the government with the situation, but even they are not safe from the ongoing harassment that they are always getting from activists who use emotional tactics to criticize them for even being involved in saving Scarlet in the first place. It really seems like these activists don’t really understand that there are certain steps that are being taken to try and save this animal can be directly linked to having orcas in human care and learning how to better care for them over the years.

As someone who has interned at a marine wildlife rehabilitation facility that’s specialized in rescuing and rehabilitating dolphins and sea turtles, I can say that Scarlet’s condition is poor, but her situation is not going to get any better if activists are going to use social media as a method of attacking both government and zoological officials over what is best for the well-being of this endangered mammal. These ill-informed and scientifically illiterate comments are continuing to be thrown at anyone who is trying to help her in a very difficult circumstance.

It just sickens me that these people, the kind who claim to believe that all animals have the right to live without pain or suffering, would even think that Scarlet would be “better off dead” than be subjected to any kind of human intervention that has the potential to save her life. This is especially if this intervention would involve having Scarlet be temporarily held in human care for a period of time without losing her connection to her pod. Activists really need to take a moment, look at themselves in the mirror, and actually consider what they are saying could actually hurt this animal in the end. Their hostile attitudes will, in the end, do more harm to wildlife and do any good.