From its headquarters in Loro Parque, Tenerife, the Loro Parque Fundación is celebrating World Environment Day 2016 (WED2016) with the good news that, due to its actions in Bolivia, the Blue-throated Macaw (Ara glaucogularis) is moving away from extinction. 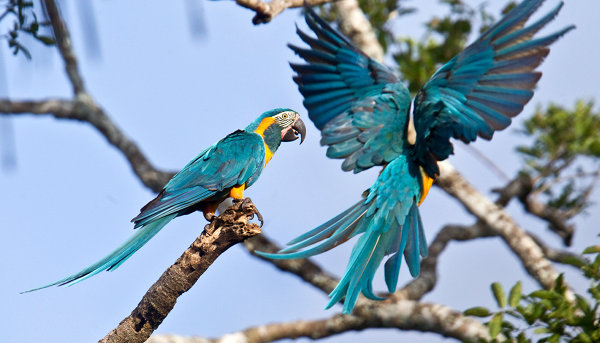 This critically endangered species suffered a dramatic crash of its wild population due to the illegal trade of birds, especially in the 1970s and 1980s. The fact that the Loro Parque Fundación has saved it from extinction provides a good example of hope for celebrating WED2016.

In 1995, the Loro Parque Fundación commenced its financial support to its Bolivian partner organization, Armonía, for urgent actions to prevent any more illegal trafficking, and effectively to save the Blue-throated Macaw, a species endemic to Bolivia, from extinction. The situation was so critical, that even by the year 2000 there were probably fewer than 50 individuals remaining. However, due to the efforts of the project, little-by-little the situation began to improve, and now there could be as many as 300 wild Blue-throated Macaws. This is still a very small total, but over the years the changes in attitude catalyzed by the project have resulted in a cultural rejection of any more capture of the macaws. 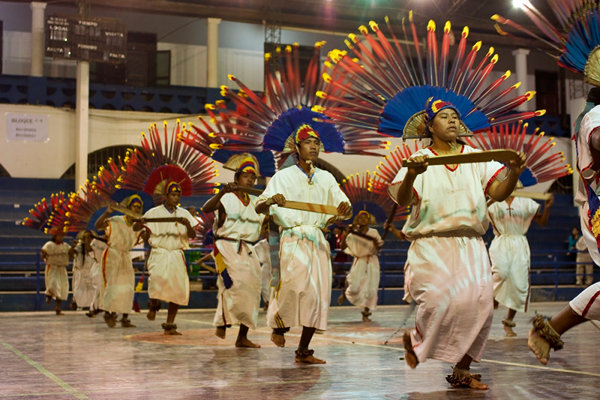 The Blue-throated Macaw is found only in the seasonally flooded, flat grasslands of the department of Beni, north-east Bolivia. There, the species only survives because of the food and nesting opportunities provided by the forest which grows on small areas slightly raised above the flood-level. These “forest islands” are dominated by the Motacú palm, the tree species most important for the macaws. The project team carries out its work in this region, helping the authorities to keep vigilant against any possible trafficking, protecting the forest islands from damage by cattle, counting the macaws and protecting natural and artificial nests.

As well as the scientific work, there have been continuous activities with the schools and communities of the region. The project has an interpretation centre in the main city of Trinidad, and the educators make visits to schools in the city, as well as to remote areas of the Beni. In this region a large proportion of the human population is indigenous, with its own special customs and traditions. One important tradition relates to the “macheteros”, who are dancers with machetes, and dressed in typical costume, including a magnificent headdress made of the tail feathers of macaws. There are many headdresses, and it takes the feathers of 16 macaws, which are traded and killed, to make only one headdress.

To reduce this serious threat to the Blue-throated Macaws, the project developed artificial tail feathers of macaws and started an annual competition to award prizes to the communities with the best headdresses of artificial feathers. This has become a huge success, with the local people taking great pride in making their headdresses, and not using real macaw feathers. The results of this cultural change can be seen expressed spontaneously by the use of the image of the Blue-throated Macaw in everyday things, such as a logo for a restaurant, or a picture on a t-shirt or mug.

Even though there is still much to do, the Blue-throated Macaw is much safer, and worth celebrating for WED2016.